I had the opportunity to be a part of a press conference with the cast and crew of Marvel Studios Moon Knight premiering on Disney+ March 30th.

The story follows Steven Grant, a mild-mannered gift-shop employee, who becomes plagued with blackouts and memories of another life. Steven discovers he has dissociative identity disorder and shares a body with mercenary Marc Spector. As Steven/Marc’s enemies converge upon them, they must navigate their complex identities while thrust into a deadly mystery among the powerful gods of Egypt.

The first question to get the conversation going was in regards to what got Marvel interested in bringing Moon Knight to the MCU.

Devan Coggan: “Tell us a little bit about when Marvel started thinking about bringing Moon Knight into the MCU, and what was it about this character that most intrigued you guys creatively?”

Grant Curtis:  “Well, I think Moon Knight, in particular, has been on Kevin Feige’s radar from day one. I think this was a natural progression, a merger into the Marvel Cinematic Universe.  And I think it was just like this was the perfect time.”

Then after that Oscar Isaac goes into talking about his character Steven Grant and how we wanted to play him throughout the series. He learned he had some amazing collaborators and that made the everything easier.

The conversations shifts to Ethan Hawke on what was it about his character that intrigued him the most. He goes on to say how this particular show is different because usually film and television us mental illness as a building block for the villain. But he faced a challenge when it came to him being the antagonist and the one dealing with the mental illness was the hero. He also mentioned at a later part of the conversation he was on board before he even read the script. Talk about trust.

Knowing Marvel and how they have handled their films and series we all know he wouldn’t be disappointed. There is a lot more but as to not spoil it I will stop here.

Moon Knight is unlike anything I have seen for Marvel. It talks about the hard stuff when it comes to mental illness but is also visually stunning. I cannot wait for you to see Moon Knight coming to Disney Plus March 30th. 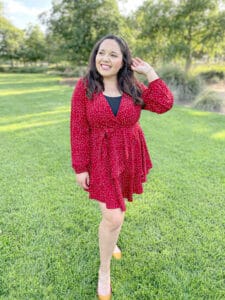